Why Leadership Assessment is crucial during Hiring Process 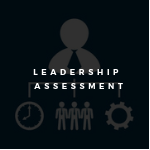 Leader. A word that reminds us of revolutionaries and luminaries.

Leaders have the power to charm and lead everyone around them. They have a lasting impact on our lives.

But in today’s world, the definition of a leader is changing.

Leaders are those who can lead a group towards their goal.

Leaders are those who can keep their team motivated.

Leaders are those who can hold a team together and bring out the best in every member.

A leader is someone who is capable to steer a group to success. They take everyone hand-in-hand and make sure every member contributes towards the common goal.

Leadership is an inter-personal process between the leaders and their followers. It is the relationship between them that affects how efficiently they work together.

The motivation behind leadership is to direct a team in an organisation to move in the direction of the accomplishment of common objectives and goals. The leader brings the people and their endeavours together to accomplish shared objectives.

Leadership is a capacity of a person to impact the conduct of all the team members in the organisation to accomplish a common goal or objective so they are energetically co-working with one another for the fruition of the same.

Leadership is a continuous process. A leader needs to control his followers inevitably and furthermore screen them so as to attempt beyond any doubt that their endeavours are going in the same direction and that they are not going amiss from their objectives.

It is a group process that includes two or more individuals together associating with one another. A leader can’t lead without supporters.

Leaders are those who form a strategy to execute a  task. They communicate plans and strategies to their subordinates. It is the strategy that results in the fruitful execution of the task at hand.

Leaders provide the motivation to complete a goal. This is a very important factor to keep the momentum going so that employees do not slack at work. A good leader should be able to motivate his subordinates so that they are always inspired.

One of the most important jobs of leaders is to guide their subordinates in times of doubt and difficulty.

Leaders also guide their team to work effectively and efficiently.

Leaders should be able to boost their team’s morale when they are going through hardships. Building morale starts with winning the team’s co-operation and trust. A leader should also be able to ensure that the team members trust and cooperate with each other.

Leaders have to build a productive work environment so that the team works at its best.

A productive work environment results in stable and sound growth.

A leader is personally responsible for handling human relations and managing the team in such a way that there is no room for errors.

Leaders have to identify and train their followers in such a way that they are capable of becoming future leaders as well.

Leaders have to ensure that there is no void left when they leave and that this transition of change in leadership is smooth.

Now that we have seen what leadership is and what is its importance, let us understand why it is important in the corporate world as well.

Why Leadership is important?

The corporate sector is growing. Corporates are growing by the day, spreading their reach across borders and continents. They are growing by market share and in terms of employee strength.

Take the fortune 500 companies, for example, their combined revenue of  $ 12.8 trillion amounts to a staggering two-thirds of the United States’ GDP, the worlds biggest economy. These companies made $ 1 trillion in profits, almost half of India’s economy, which is the world’s sixth largest.

The combined market value of these companies stands at $ 21.6 trillion, and employ 28.2 million people worldwide. If they were an independent country, it would be the world’s richest, by a wide margin.

Apart from these companies, there are new companies and start-ups that are mushrooming around the globe. Businesses are also growing around the world. The entrepreneurial spirit is on the rise globally.

It is evident that for corporates to grow strong and stable leadership is needed at its helm.

Without inspiring leadership and Good Governance at all dimensions in private, public and civic organisations, it is arguably and virtually impossible to achieve and to sustain effective administration, to achieve goals, to sustain quality and deliver first-rate services.

The evolving complexities and necessities emerging from the steady change in the society, combined with the consistent push for more elevated amounts of efficiency, require viable and moral leadership.

Great governance and inspiring moral leadership are the fundamental necessities for a corporate to be viewed as successful.

Hence, it is essential that while hiring candidates should be screened for leadership abilities as well.

What is Leadership Assessment?

In recent years, leadership assessment is emerging as one of the major factors for which candidates are being assessed.

Leadership Assessment is a procedure for distinguishing and depicting a person’s unique attributes as they relate to Leading, Managing, and Directing others and how such characteristics fit into a given position’s requirements.

Similarly, as no two leaders are alike, no two positions have the very same prerequisites.

The Leadership Assessment procedure depicts an applicant’s method for directing others with reference to a particular position, present or future. This data helps the business in various placement decisions.

Why Leadership Assessment is important?

The goal of this assessment is to enable organisations to boost their leadership: finding the correct leaders and putting them in positions where they’ll succeed and drive business.

The benefit of assessing candidates for leadership is that they can thus be allotted the right positions for the complete utilization of their potential.

It is because of this process that the most deserving and best candidates are hired. Competent leaders are the key to an organisation’s growth and success.

Workplaces are changing. Employees are not happy with the work they have to do. Generational influences and the booming economy are also putting stress on corporates and making it hard for them to hold on to talented employees.

According to some reports, as many as 83% of employees are unhappy and want to leave their jobs.

To tackle this problem, finding the right leaders is the solution. Employees are likely to stay back of their leaders specify their job duties, roles and how they contribute to the success of the organisation.

Leaders should also be able to accept feedback. Employees appreciate and follow a leader who listens to them and values their feedback.

Employees who do not like their leader, and consider their leader’s performance poor are likely to leave the organisation.

Good leaders provide avenues for the team to succeed and grow. They build the team’s confidence and help them learn new things. They do not let complacency to set in and ensure that everyone is working together successfully.

Leaders should be able to gain trust and respect of their subordinates. They should also be able to build mutual trust and respect amongst the team members. This results in efficient and productive teamwork, which is essential for the achievement of any objective or goal.

Thus, inefficient leadership is very harmful to organisational health and the success of a corporate. Hence, it is essential that the candidates are screened for leadership.

How Eklavvya can help you with it's Online Assessment Program?

It’s no more a paper-pen generation, everything has been smoothened out and has been moved online in order to simplify the process.

Each and every practice has parallelly been developed online as it is way easier to maintain and fetch the records than that of the traditional methods.

We are working with many multinational organizations for defining online assessments for the sales team , leadership team. One of the multinational company has been using our platform to identify leadership capabilities for prospective franchisee person. Technology driven leadership assessment and evaluation is key for having better leaders for the organization.

Leadership Assessment can be achieved with custom psychometric tests. Such tests are useful to analyze leadership, team building, multi tasking capabilities of the individual.

We have been using Eklavvya platform for assessing the Entrepreneurial  Propensity of the candidates for enrollment into our flagship Eye Mitra Opticians program.

Our award-winning Eye Mitra Opticians program aims to help address the issue of 55 crore cases of uncorrected refractive error in India by creating a network of optical micro-entrepreneurs in rural India.

They provide primary vision care services through their micro-franchise outlet as well as by conducting community screening events.

The biggest challenge we face is getting the right candidate with required entrepreneurial capacity and business acumen.

To overcome this, we have devised a propensity test (kind of a psychometric test with no right or wrong answer) to test the fitment of the candidate.

We rolled this out using the Eklavvya platform and subsequently, our manual activities involved in the process have been reduced considerably.

The platform is quite user-friendly and caters to our requirement of candidate registration, multi-lingual support, image proctoring, report generation etc.

We look forward to a continued support from the Eklavvya team. Thanks.

Eklavvya is an essential product that simplifies the online assessment process for corporates.

The features of Eklavvya allows to set up a different set of questions for individuals, depending upon the department and designation concerned.

How to manage admission process without 12th Standard Exams ?

How will Indian Education transform in one year from now [2022]?

How to choose the right Online Examination System in 2021?

How to manage admission process without 12th Standard Exams ?

Everything you want to know about Remote Proctoring